The Immorality of Public School Monopolies in Today’s Political Environment 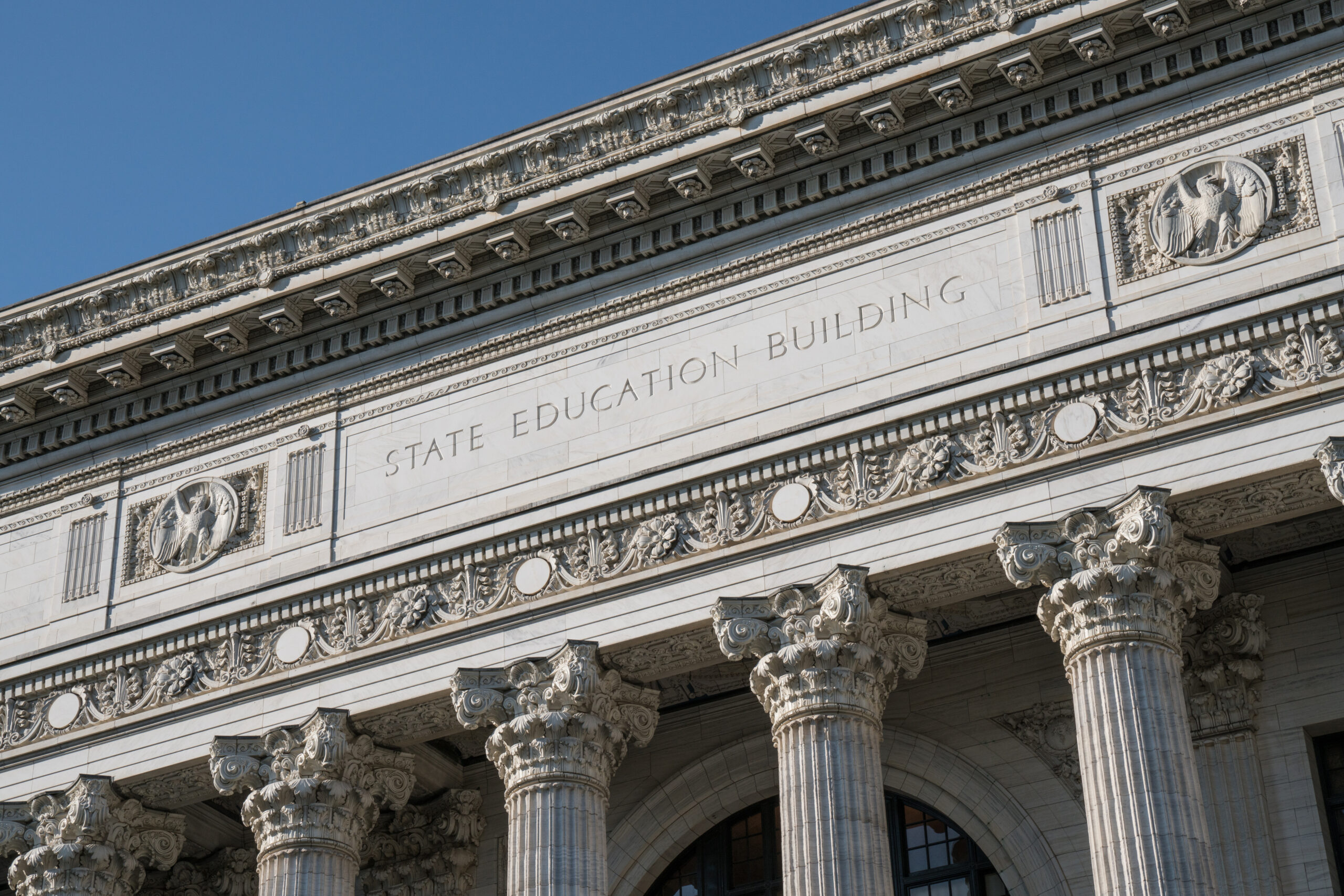 The argument for school choice—letting parents decide how to spend the public money allocated for their child’s education—has until now rested on two well-documented findings. First, that creating a K-12 education marketplace tends to improve the academic performance of all schools within its region, public and private. And second, that this increase in quality typically comes in at a lower per pupil cost overall.

But when the polarization of American politics creates a divide where public-school teachers have an overwhelming financial interest in one side of the debate, there is a third and decisive argument for school choice: namely, that public schools are increasingly inclined to slant what is taught with institutionally self-serving propaganda. So much so that school systems can no longer guarantee parents that their children are being educated in ways consistent with their family’s values and beliefs.

The enthusiasm of public-school teachers and especially their unions for the liberal-progressive side of today’s ideological rift is not hard to understand. It was just over a half-century ago when President Lyndon B. Johnson proposed a new function for American public schools, insisting they should become the primary means for breaking the cycle of poverty and bettering poor children’s lives. “Education is the only valid passport from poverty,” he said, later signing what was to become the cornerstone of his War on Poverty, the 1965 Elementary and Secondary Education Act (ESEA), into law.

The good news for educators was a lot more money. In 31 states, according to Katharine B. Stevens, visiting scholar at the American Enterprise Institute, per-student spending more than doubled in inflation-adjusted dollars between 1972 and 2017, tripling in 14 others and the District of Columbia. Since President Johnson’s time, K-12 education has, in fact, become states’ single largest general-fund expenditure, with the nation’s total budget for elementary and secondary education now exceeding $700 billion annually.

The bad news about all this spending was that it was accompanied by an expectation for results, which has become a growing source of embarrassment for both teachers and administrators. With the exception of a relatively few affluent suburban school districts—which tens of thousands of American families have literally bankrupted themselves to buy into over the years—U.S. public schools have continued to rank at or near the bottom of academic comparisons with other countries. Indeed, results from the 2019 bi-annual National Assessment of Educational Progress (NAEP) of U.S. fourth and eighth graders show that low-performing students have made none of the gains Johnson originally promised.

To give public educators their due, there did seem to be a sincere (if somewhat bizarre) effort to improve K-12 curricula early on. Back in the late 1960s and early ’70s, teachers experimented with a technique called “discovery learning,” which had children try to teach themselves. They later tried “open classrooms,” which literally removed the walls that had traditionally separated students from teachers and different age groups from each other.

(In the wake of President Trump’s January 6 D.C. rally speech, one suburban Connecticut superintendent was apparently so taken with his progressive mission as to publicly attack every local parent who had ever re-tweeted a Trump remark, shouted “lock her up,” agreed that Biden was not up to the job, or countered BLM with “all lives matter.” Each one of them, he posted to his Facebook page, was “a co-conspirator who has sided with domestic terrorism.”)

Unfortunately, few human institutions are capable of simultaneously upholding two competing worldviews. The result is that what began as a progressive set of policies related to how children are educated has increasingly changed what children are taught. In other words, the progressive outlook once associated with adjuncts to learning—school assembly programs, extracurricular activities, teacher development seminars, and the kinds of grading policies already mentioned—has more and more become embedded in the subject matter itself.

And not just in the most obvious places, such as history and the social sciences, but in math and English as well. In Seattle, for example, the public schools have adopted an “anti-western” or “re-humanized” mathematics curriculum, which advances failing students on the grounds that they should not have to learn a subject intrinsically unfair to people of color.

When it comes to English, Wall Street Journal columnist Meghan Cox Gurdon has chronicled growing efforts around the country to ban everything from Homer to Shakespeare to F. Scott Fitzgerald. With what is left, she says, “The subtle complexities of literature are being reduced to the crude clanking of ‘intersectional’ power struggles.”

In January of last year, even the New York Times expressed concern at how widely different editions of the same public-school textbook could vary, depending on how liberal the state. “Classroom materials are not only shaded by politics,” wrote national correspondent Dana Goldstein, “but are also helping to shape a generation of future voters.”

Because public education is technically a state responsibility, some might argue for letting school boards deal with the growing problem of a progressively biased curriculum. But the fact that most people serving on local school boards typically do so because they have at least one child in the system means, as a practical matter, that educators have far more leverage over boards of education than boards have over teachers and administrators. Even those parents willing to challenge subject matter are usually no match for administrators “with advanced degrees [who] flash their credentials and have glib answers for every question,” laments Dr. Armand Fusco, a retired public school superintendent who has written extensively on the need for school board reform.

Indeed, the existence of easily manipulated school boards, combined with support from a vocal minority of left-leaning voters, has led to the creation of course content so clearly at odds with the larger community’s values as to be almost unbelievable. In the red state of Ohio, for example, the Department of Education started off the 2020 academic year by providing local social studies teachers with a resource it called its “Anti-Racist Allyship Starter Pack” — links to 200 op-eds, essays, and blog posts on such academically relevant topics as “In Defense of Looting,” “Capitalism is the Real Robbery,” and “The Case for Delegitimizing the Police.”

If by some miracle local boards did assert greater control over what is taught in their schools, they would still be in the morally dubious position of imposing a single perspective on a population more politically and culturally divided now than it has been since the Civil War. Having a greater say over the curriculum might be good news for those households comprising the majority view in each community, but what about the minority—left or right—who will continue being taxed to support a political and cultural agenda they abhor?

Are those families which remain at odds with the prevailing ideology to be dismissed as simply “out of luck?” As Michael McShane, director of national research for EdChoice, has observed, today’s public school district may still be a local organization, but the disagreements are now too deep for it ever to be a pluralistic one.

The traditional argument for giving public schools an exclusive call on government funding has been the desirability of instructing all of America’s children in the larger community’s shared civic values. But the strategic decision of professional educators to ideologically camouflage their academic shortcomings—combined with an unprecedented cultural divide—effectively means that in our time, fewer and fewer values are held in common.

For decades, the National Education Association (NEA) and other teachers unions fought school choice on the grounds that taxpayers’ dollars would inevitably end up funding religious schools; and public money, they said, should never support an ideology not universally shared. Ironically, that is an excellent argument for why today’s public schools should no longer keep their monopoly on government funding: every American parent has the right to protect his or her child from being propagandized by an alien ideology.