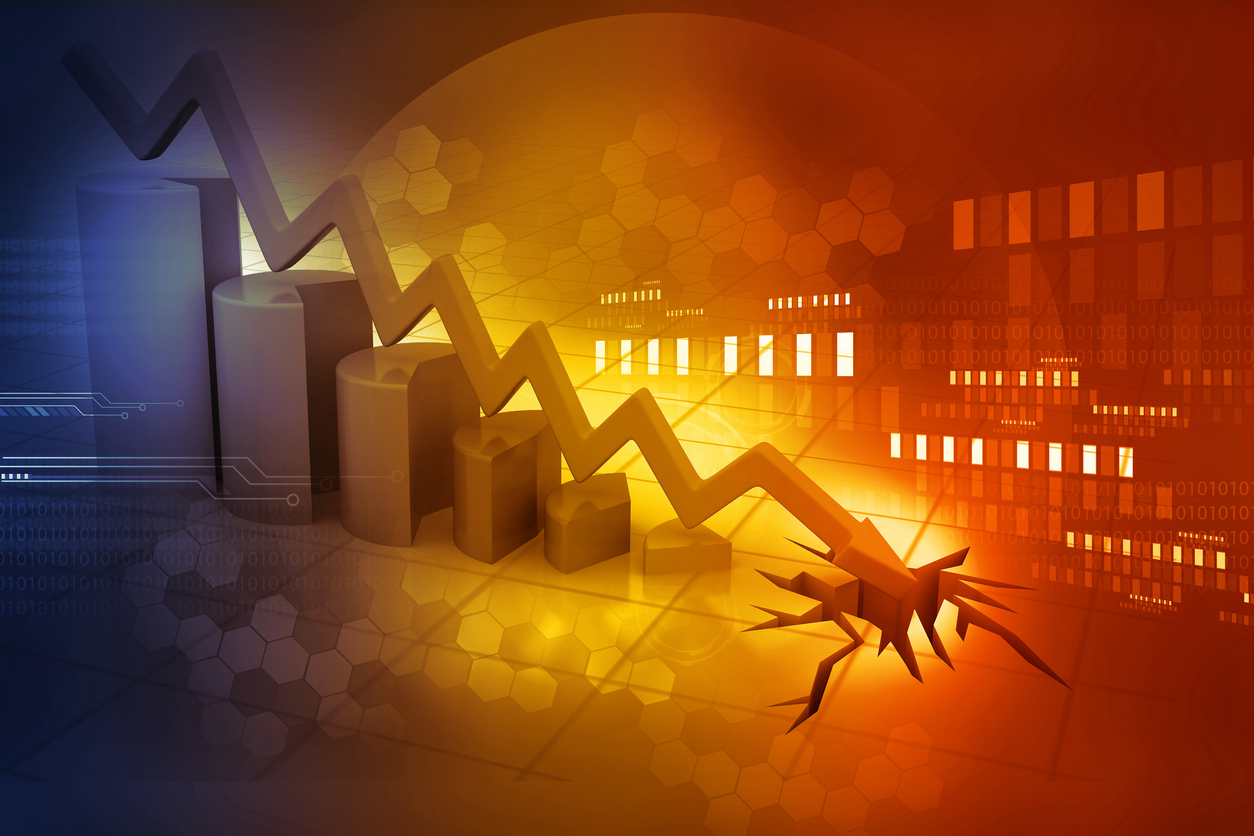 Like politicians of every age, both Republicans and Democrats have for decades complained about government overspending when out of office, only to resume rewarding their own supporters once back in power—almost always by amounts far above tax revenues. Now, as the resulting public debt ominously exceeds our annual GDP, the question naturally arises: Have we entered a fiscal danger zone?

More precisely, have we created the financial conditions that risk an abrupt downgrading of the dollar and attendant market turmoil? The kind of crisis that can only be stemmed with a brutal combination of large tax increases, spiking interest rates, massive cuts in public spending, and a painful streamlining of services at all levels of government?

The signs are not comforting. Last year, the prices of gold-related securities shot up, while the value of currencies from countries with relatively low government debt (Denmark, New Zealand, and Sweden) easily bested the U.S. dollar. A host of other inflationary predictors, from world-wide shipping costs to the value of copper, are also shooting up—so much so that Leon Cooperman, Jeremy Grantham, Carl Icahn, Sam Zell, and other prominent investors have described the stock market’s current froth as an indicator, not of future growth, but of the spreading reluctance to hold cash or dollar-denominated assets. And while it is true that these same warning lights have flashed red in the past, only to be contradicted by subsequent events, surprise fiscal reprieves almost always occur in times of shared national pride or when the private sector trusts its governing institutions enough to risk investing in a more prosperous future. This is what prompted the fiscal turnarounds post-World War II and again in the early 1980s.

Indeed, history tells us that the most reliable sign of whether any country is only skirting the edge of a debt crisis or already falling over has as much to do with faith as it does with economics. For as long as the private sector trusts that its government and related institutions (courts, subsidized health care systems, schools) are chipping in to help reduce excessive debt, it will make the productive investments needed to provide the national treasury with added revenue.

But, as Canadian finance researcher Gary Marshall has observed, when ordinary individuals and businesses suspect that society’s governing institutions are tacitly collaborating to avoid their share of needed sacrifice, precautions begin to be taken that, in the end, only magnify the crisis. The capital that could have been directed to new or expanded enterprises, for example, goes instead to buying precious metals, foreign currencies, second homes, and other unproductive assets. The time that might have been spent on a growing a company’s sales is increasingly taken up with tax avoidance. And the charitable efforts that could have improved many communities are cut short, as both businesses and individuals flee to less institutionally regulated locales.

It is in anticipation of these developments that truly enlightened political leaders begin to call for a modest sacrifice on everyone’s part to get the nation’s debt under control—not a $1.9 trillion dollar spending increase. Yes, they say, the private sector will have to accept higher taxes, but government and other institutions will simultaneously have to shrink and become more efficient. There is a crucial point in every fiscal reckoning, notes Bridgewater Associates Chairman Ray Dalio in his economic history, Principles for Navigating Big Debt Crises, when all factions must agree to absorb some loss or face something far more painful down the line.

Yet too often in the case of heavily indebted nations, the social institutions which have become dependent on deficit financing either refuse to recognize the problem—magically hoping to hand it off to the distant future—or try to justify a special exemption from any rescue effort. This, in turn, leads everyday citizens to become so mistrustful of the ruling class as to question its very legitimacy, a polarization that almost guarantees economic disaster.

One need only recall the end of the Roman Empire, when the combined bureaucratic despotism of the courts, the army, infrastructure contractors, and welfare administrators failed to stem the ever-increasing dilution of silver coinage (the ancient version of debt financing). The resulting harm to average landowners was so great that many preferred to live among the invading barbarians, even giving their new hosts advice on how to conquer Italy.

Has our own country joined the long list of economically crippled nations whose governing institutions were so blindly self-serving as to preclude a shared effort to bring down the debt? The most recent edition of the Edelman Trust Barometer, which annually surveys tens of thousands of people in 28 countries, gives little reason for optimism. It finds that Americans’ regard for their own social institutions has hit an all-time low, with private companies being the only organizations considered honest.

Public education provides perhaps the clearest example, not only of the extent to which many citizens have lost faith in a once-revered institution but of the extent to which they believe all mistrusted institutions tacitly protect each other. For as parents have become ever more concerned about the declining academic performance of U.S. schools, they find themselves fighting on two fronts: First, against local educators who argue that good exam scores are not nearly as important as bilingual instruction, softer disciplinary techniques, multicultural awareness programs, reduced testing stress, a smaller homework burden, automatic grade level advancement, and, increasingly, having a woke curriculum; and, second, against the heavily credentialed authorities from various nonprofits, universities, government agencies, and professional groups, all of whom support the public schools’ priorities—even while their own children, typically enrolled in private academies, do not suffer from the same watered-down curriculum.

The other reason to doubt the U.S. can avoid a fiscal crisis is the unwillingness of the political party which most often speaks for institutional interests to acknowledge a need for shared sacrifice on the debt. As far back as 2010, President Barack Obama refused to endorse the recommendations of his own bipartisan National Commission on Fiscal Responsibility and Reform, even though he claimed he wanted “to improve the fiscal situation in the medium term and to achieve fiscal sustainability over the long run.” When it finally came down to doing something, the president would not ask fellow Democrats to do their part.

Democrat cowardliness continued during the Trump administration, when party leaders in Congress stubbornly refused to work with a president they judged unfit for office. However sincere this appraisal of President Trump may or may not have been, the result was to give Democrats an additional four years to avoid taking a responsible position on the debt.

Now back in power, Democrats have spending plans that would jack up the deficit by an additional 9 percent of GDP, this despite warnings from one of their most respected economic advisors. Larry Summers, former Treasury Secretary under Bill Clinton and President Obama’s top economic advisor, has been trying (so far in vain) to make his party see that the measures being contemplated are “steps into the unknown” with worrisome implications “for the value of the dollar and financial stability.”

All this is not to deny the role Republicans have also played in running up the nation’s debt. But history tells us that a fiscal emergency can never be solved until the party which speaks for a country’s regulatory and social service elites formally acknowledges what needs to be done. If we have learned anything from earlier times, it is that the growing public mistrust of education, health care, welfare, legal, and other governing institutions—combined with continued silence from the party which represents their interests—almost always transforms a big public debt into an even bigger financial crisis.