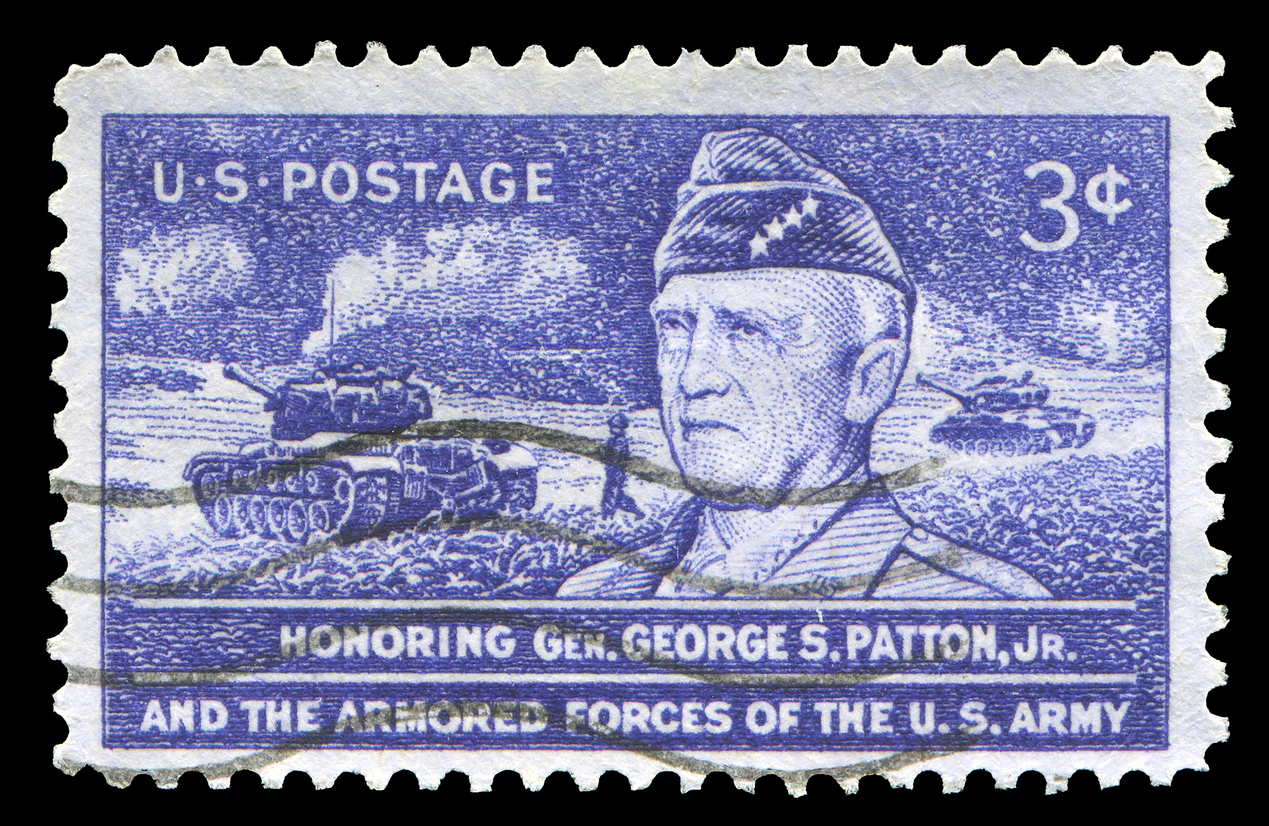 While watching news reports of Russia’s Ukraine invasion, I find myself recalling that memorable scene in the 1970 movie Patton when the general directs his chief chaplain, Msgr. James H. O’Neill, to write a prayer to end the bad weather holding up the Third Army’s advance. “Let’s see if we can get God working with us on this thing,” an exasperated Patton says.

“I don’t know how this is going to be received, General,” the astonished cleric replies. “Praying for good weather so we can kill our fellow man?”

“Because of my intimate relations with the Almighty,” Patton assures O’Neill, “if you write a good prayer, we’ll have good weather.”

Anyone watching Patton today would undoubtedly take from the cleric’s initial response to the general’s request that whatever prayers God might be disposed to grant in wartime, petitions for battlefield advantage are not on the list. Believers are presumably allowed Divine assistance in treating their wounded or for some other humanitarian purpose, not to defeat the enemy.

But as the real-life O’Neill well understood, the idea of a “just war” — one in which it is acceptable, not only to resort to armed force but to call upon God’s support — has long been accepted by most religious traditions. And when the chaplain realized that inaccurate versions of Patton’s “weather prayer” command were creating a false impression of what was theologically permissible, he penned his own account of it.

In the first place, O’Neill wrote, Patton never made his original request face-to-face. It was on the morning of December 8, 1944, during a phone call to the Third Army’s chaplaincy’s office at an old military barracks in Nancy, France.

More importantly, O’Neill had no hesitation to comply with the general’s order. Unable to find anything related to improving the weather in his usual prayer books, he composed the petition himself and, after a meeting with Patton that same day, added it to a card with the general’s signature, which went out to a quarter-million U.S. troops.

It was around six weeks later, not long after the Third Army had relieved beleaguered Bastogne and pushed back the German forces, when Chaplain O’Neill again saw Patton in Luxembourg. “Well, Padre,” the general said, “our prayers worked. I knew they would.”

I find myself thinking about Patton’s famous prayer because it seems to me that the current resistance to Vladimir Putin’s invasion of Ukraine — a just armed response, if there ever were one – is being observed by noncombatants like myself in a way that was inconceivable in earlier times. Thanks to satellite photography, drones, and sophisticated broadcast equipment, those of us sympathetic to the Ukrainians’ cause now have twenty-four-hour access to real-time overviews of the conflict.

Indeed, it is not an exaggeration to say that people watching their cable news stations in Davenport, Iowa; Perth, Australia; or Manchester, England, often have a better overall picture of how the war is really going than those fighting or fleeing it.

All of which prompts me to wonder whether modern technology has granted believers an unprecedented spiritual power: the ability to surgically intervene in actual skirmishes between opposing forces. Or, in the case of Ukraine, the ability to lend targeted assistance to those presently engaged in specific operations against their enemy.

Not forgetting, of course, that many victims in any observed battle are likely on the “bad” side… soldiers who have been commanded to unleash their firepower on people they have no desire to harm. Nor should one praying from a safe distance ever imagine that he or she is in the fight in any way comparable to the people who are physically there.

But even governed by such qualifiers, it is still possible to pray that those indiscriminately shelling a city miss hitting any humans. Or that the very determination of the Ukrainian defenders routs their opponents. Or that a caravan of refugees is protected from sniper fire.

General Patton’s own thinking about the role of prayer in war, according to Chaplain O’Neill, was that it had a critical impact on “the unknown” which always divides the careful strategy of military planners from its execution by well-trained troops. Indeed, Patton held that what happens in that transitional space is what spells the success or failure of any campaign. What many people would call “getting the right breaks” the general himself called “God.”

Of course, Patton was only describing the power of a soldier’s prayer — the possibility of a tactical spiritual intervention by civilians observing from faraway places was unimaginable in his time. And even if it were, he would certainly not have given the reverent petition of someone watching TV the same weight as a combat soldier’s anxious plea.

But the general also believed that every individual’s prayer ultimately had a worldly impact. And if he knew in the winter of 1944 that millions of freedom-loving people from around the world were also asking God to give the Third Army good weather, he undoubtedly would have smiled and thought it a great military advantage.